What a strange thing, to write those five words, and for them to have personal meaning.

On this third anniversary of the Boston Marathon bombing, I am moved to document my experience: the point of view of a seemingly unaffected citizen.

To say the Boston Marathon is a big deal in this city is quite an understatement.  So in 2012, my first year in town, I had to check it out.  I’m so glad I did! As Facebook reminded me today with my “4 years ago” memory, I thought the runners were nuts—but it really was exciting, quite the spectacle!

I’m not sure why, but as the calendar again turned to April in 2013, I didn’t feel like going to the race. As a school administrator I didn’t have to work that day, so I could have.  But instead I just stayed home, did some housework, relaxed.  I was watching TV, probably HGTV or something, when I got the call:

The Finish Line has been bombed!

I switched to the networks.  The white smoke billowing on Boylston Street, stunned runners and spectators, some bleeding, people either trying to help others or get away…I couldn’t believe it.  Not here.  I live here.

I wept for my new chosen home.

Then I made sure my family and friends new I was safe.

I watched the coverage for a couple of hours, looking for the senseless “why.”  I considered what I would have done had I been there.  Then I got word: our school community may have been affected.

Please God no.  By this time we knew one of the victims who died was an 8 year-old boy, but his name was being withheld.

It was Martin, a 3rd grader at our school.

I couldn’t take anymore—knowing from 9/11 what constant, repetitive reporting does to the psyche, I turned it off.

It was a small blessing our school was on Spring Break, giving the staff time to grieve together and prepare to help the students, Martin’s friends, come back to school without him.  Not being a teacher, I didn’t know him, but it didn’t matter.  It was painful.  His sister, a first grader, and his mother, our librarian, were also injured.

Meanwhile there was a manhunt taking place.  The city went on lockdown.  It was eerie.  The constant drone of search helicopters, that pervasive sick, nervous feeling…

I was startled awake at 2:30 a.m. that Friday by the sound and search lights of a low-flying helicopter—it felt like it was right outside my window!  I laid there, heart pounding, dazed, thinking, “I bet they see me laying here…they probably have infrared equipment.”

A week later when things had quieted down a bit, my friend Holly and I decided to go downtown.  I wanted to take my city back.  But it wasn’t that simple.  There were black-clad officers toting automatic weapons on every corner.  Well-meaning church groups and organizations from points unknown had descended on the Finish Line and Copley Square, where a memorial had been installed, passing out flowers and offering to listen if you needed to talk.  I found it unnerving.

I dutifully waited in line with Holly to go through the maze of shoes, notes, stuffed animals and other remembrances…but I couldn’t do it.  I took a few steps into the entrance of the shrine, and told her I’d be sitting on the grass near Trinity Church when she was done.  So much for taking the city back.  I was more upset than when we got there.

After a few weeks things returned to “normal,” but for months the sound of a helicopter would put me on edge.  Really any unfamiliar sound!  I remember I was home one weekday afternoon and freaked out over a street sweeper a block away.

This should have been the extent of my experience.

But there was my job.  For the staff and students of our school it didn’t stop there, the impact was more personal.

The thing about condolences: they are nice to receive, but sometimes they just make a tiny tear in that wound that’s trying to heal. 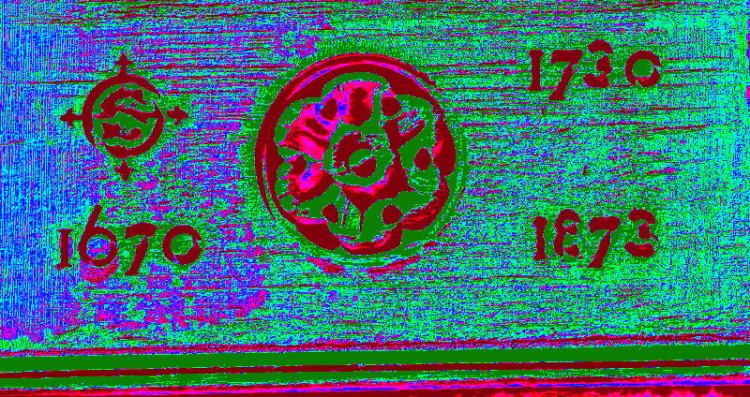 So many wonderfully generous people out there wanted to acknowledge the loss of Martin.

Some of them decided to make a small donation to our school.  Part of my role is to process contributions, so there were daily reminders of our loss for several more months.

A parochial school down the street provided lunch for the staff one day…so kind, but another opportunity to tear up.

Children from all over the country sent us notes and cards and drawings.  They were displayed on the floor I work on.

One day, about a month after the event, I noticed the addition of dozens of cut-out, decorated paper hands on a section of wall that had been blank.  I stopped and looked at them.  I felt I had hardened myself to a degree by this point, but I wasn’t prepared for the sign that identified them as Helping Hands, sent to us from the students and staff of Sandy Hook Elementary.  They received thousands of these themselves after the shooting at their school just a few months prior.  I lost it.  Thank goodness for the private staff bathroom across the hallway.

Eventually the notes came down, the donations slowed and things finally began to normalize.  Martin’s sister came back to school for 2ndgrade.

As a school we commemorate the day and I’m sure we always will.  It’s been three years…I’m totally over this now, right?  We had a moment of silence on April 15. The voice of a student came over the PA, suggesting we take a moment to reflect on our loved ones, the special people in our lives.  Sitting at my desk, hiding behind the monitor, I silently broke into tears. Again.

I guess these unexpected emotions should be expected.  I think I’m pretty tough, but maybe I’m not that tough.

They say what doesn’t kill you only makes you stronger.  If anyone thought they were going to put out Boston’s light, they were terribly wrong.

Sadly, most media outlets still try to keep us living in fear by rolling the bombing footage at us.  But this year April 15 was designated One Boston Day, a day of service, a day to celebrate the “resiliency, generosity and strength” of people, a day to make a difference.  I applaud the effort to turn this day we can’t forget into something life-affirming.

This year I spent Marathon Monday acknowledging Patriot’s Day (a local holiday commemorating the Battles of Lexington and Concord, the start of the Revolutionary War) in Concord, enjoying the town and walking Walden Pond.  It was a beautiful day!

On my way there I passed under the marathon as it crossed over I-95, heading toward the Finish Line.

As I write, the Marathon Bombing movie is being produced in town.  I can’t understand why anyone would want to relive that.  I’ll pass thanks…writing this was hard enough.

And I know my story is really nothing.  I wasn’t at the Finish Line.  I wasn’t in the Watertown neighborhood where the shootout took place. I’m sure many of those people suffer from PTSD now.

Though I’ve tried to separate myself from the events of that day, I’ve come to accept that April 15, 2013 will always be a part of me.

My takeaway?  Live in gratitude.  Every day counts.  Call me cliché, but I don’t want to waste time being unhappy.  We should utilize our talents and make the best of our situation.  If we all do that, we’ll be living in a better place.

I am reminded of an exchange I had with Martin’s sister when I shared an elevator ride with her.  This spunky girl, the definition of resilient, announced, “I can still dance you know!”  To which I replied, “I would expect nothing less!”

Reflecting on that scene, I have to ask myself, why was I the former dancer in the elevator?  There is no excuse—I should be dancing every day!

Martin’s parents have formed a foundation that supports education, athletics and community.  His spirit lives on.

The world is still a much safer place than it was hundreds of years ago, but attacks like these are unfortunately almost becoming commonplace…unless you live through them.  If you want to share your thoughts, please feel free to comment below.

All photos by Christina Branham.

One thought on “LIVING THROUGH A TERROR EVENT”