Like many cities, Boston is broken into official neighborhoods, and each has its own feel, and its own little downtown area.  As you might guess, the older ‘hoods are closer to the water, and many of them comprise the overall city center, “Boston Proper.”  I live in Roslindale, southwest of the downtown core.  “Rosi” was a “streetcar suburb” in the late nineteenth and early twentieth centuries, a phenomenon common to most cities at that time.  Homes sprang up around streetcar lines as they extended into what was then the countryside.  When people saw how easy it was to get back and forth on the streetcar, many chose to live in the open air of the “country” and commute to work in the city.  Basically, it was the beginning of urban sprawl!

Nowadays, I wouldn’t exactly call Rosi “countryside”…at all…but every once in a while I get that small town vibe.  Last Saturday was one of those times!  I went to the weekly farmers’ market held in Adams Park, in the middle of Roslindale Square, Rosi’s downtown.  It was a beautiful day, so I decided to take pictures…I’m always taking pictures…thank goodness for smart phones!

Most Boston neighborhoods have farmers’ markets in their square once, sometimes twice, a week between June and October.  It was rather late in the day for the market, which draws thousands each week! 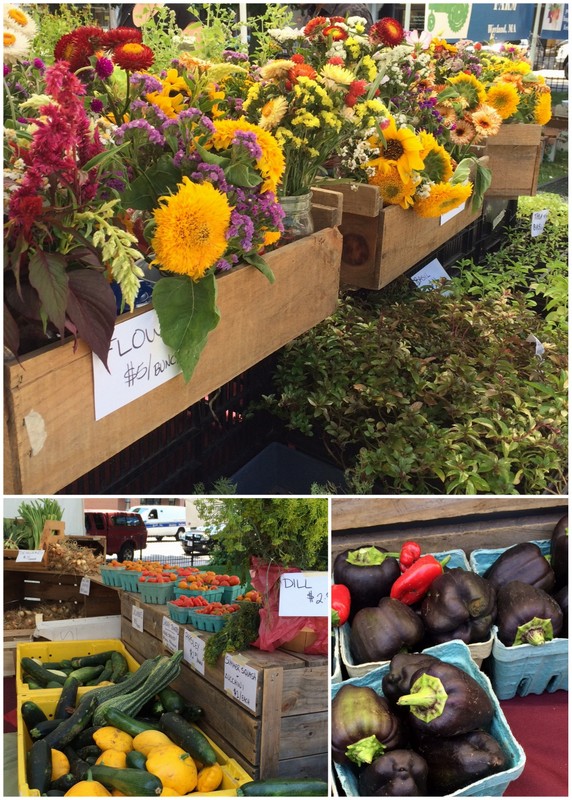 Entertainment!  I wonder why the banjo player is facing the wrong way?

There are very few national chain stores in the city of Boston, though some have made headway in recent years.  The Panera in West Roxbury closed recently.  I’ve never heard of a Panera closing! The folks here are very supportive of small and local businesses.  I say “and” local because Dunkin Donuts is on just about every corner in this city…it’s not small, but it’s local! 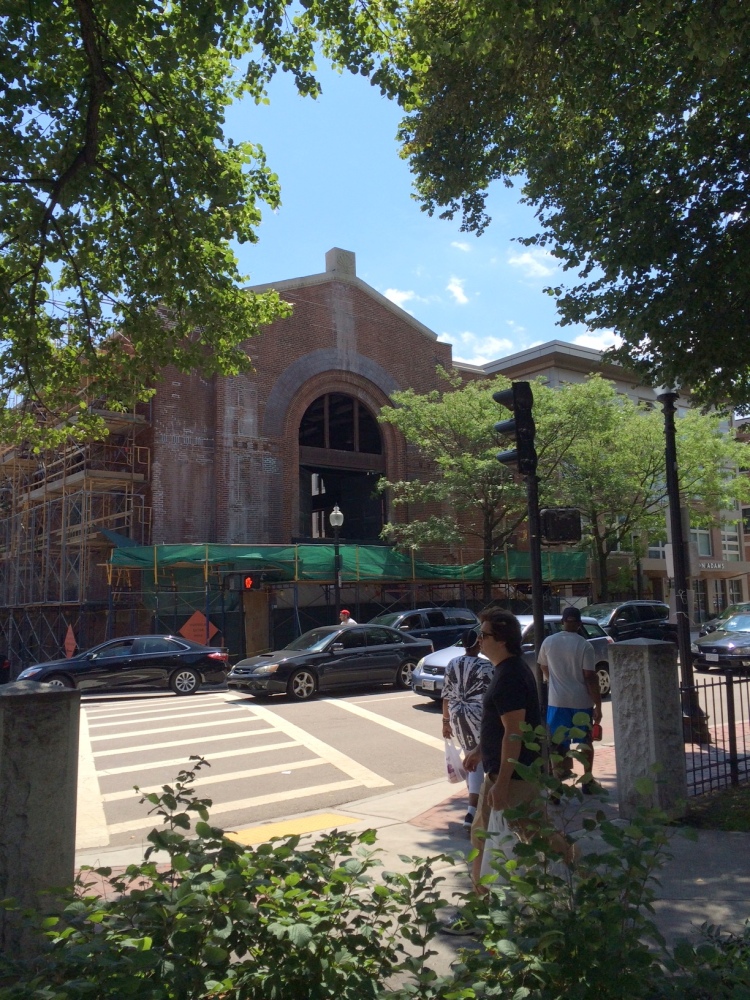 Historic preservation in action!  When I moved here almost five years ago, the old Roslindale Substation which had powered the transit system pre-MBTA, had been mothballed, waiting for a new life. The structure is being retrofitted for restaurants and office space–I can’t wait to see the finished product!

There are lots of fun shops in Rosi; Birch Street is one of my favorites. 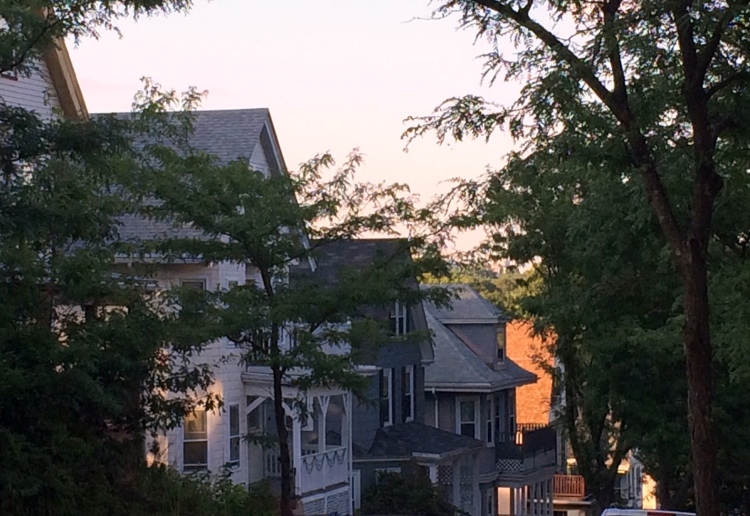 Roslindale is rather hilly–as is much of Boston.  These homes are typical of what you’ll find in Rosi.

I love living in Roslindale!  It’s close to downtown Boston, and accessible to today’s “streetcar” lines…that would be my Volvo wagon heading west on Route 9 or south on Washington Street/Providence Highway, heading out to the ‘burbs!  (I suppose the commuter rail qualifies too!)

Do you live in the city?  The ‘burbs?  The country?  What do you love about the place you call home?

2 thoughts on “SMALL TOWN IN THE BIG CITY”